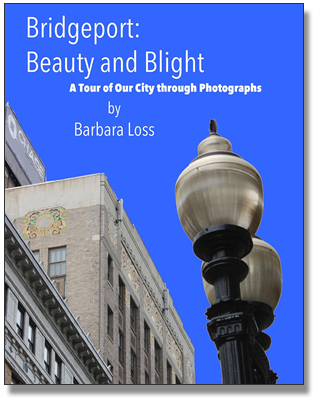 
Barbara Loss is a photographer of people, events, nature, and architectural design. She is known to capture the moment, whether in her street photography or while shooting portraits.

A former teacher of reading and English in Bridgeport and Fairfield High Schools, and at Norwalk Community College in Connecticut, and author of the text and diagnostic program Say the Word: A Guide to Improving Word Recognition Skills, Loss often incorporated her work as a photographer into her classrooms.

Her recent photographic theme, Bridgeport: Beauty and Blight, A Tour of Our City through Photographs, was presented on the opening day of Bridgeport's 2016 Art Trail, and generated a book by the same title (2016). It illustrates well-known scenes and historic buildings in the city. As a Bridgeport native, she appreciates the history, beauty and renewed vitality of her hometown, the Park City, and has shared her photos with various artist groups.

Past themes, Under the Bridges and Through the Arch(2013) captured travel images, while Friends and Lovers, (2015), a collection of private moments in public places, were both exhibited at Framemakers Picture Framing and Art Gallery in Bridgeport. She has also exhibited her photos at the Reads Art Space, My Park City, 2017, the University of Bridgeport's Schelfhaudt Gallery, 2017, and at Black Rock's Harborview Market, 2017. A large banner of children's Busy Hands was presented at a Gala Event 2016 to raise money for the Third Street Settlement School in NYC.

Her photos have been published in Cuba Arts (Park Avenue Sculpture project), Venu Magazine (Cultural Alliance of Fairfield County events), and in the Vienna Museum catalog entitled Trude Fleischmann, der Selbstbewusste Blick. She has been a consultant and contributor to the documentary film Trude Fleischmann in Nackter Gesellschaft for Austrian TV (2019, 2020).

To get the latest update of me and my works